There appears to be much excitement in the blogosphere over the appointment of Archbishop Peter Smith of Cardiff to Southwark. I have always been impressed by his media manner - a kind of crucial quality these days.
Posted by Patricius at 21:18 No comments:

The game "One Song to the Tune of Another", from the BBC Radio 4 programme "I'm Sorry I Haven't a Clue", provides ample proof of the reality of both appropriate and inappropriate pairings of text and music. Comedic effect here relies to a very large extent upon the fact that some music is instinctively recognised by the audience as expressing a contradictory mood to that of the text articulated. Music embodies meanings and communicates- and can do so in the absence of words. If this were not the case there would be little cause for music in film soundtracks. It can heighten the purely visual or enhance a verbal text. Nor is this merely a matter of words and music sharing the same metre, although it is surprising what you can get away with when the text involved is a regular metrical verse form.

It is worth tryng out "Amazing Grace" to the tune of "My Old Man's a Dustman".

Amazing grace! How sweet the sound
That saved a wretch like me.
I once was lost, but now am found,
Was blind but now I see.

At the normal speed of the song it becomes quite absurd. Slow the tune down, however, and it isn't quite as funny. Indeed, if word gets out, it might prove a serious rival to the familiar tune!
Speed and rhythm are important aspects of whether a melody is suitable or not.

I think that most people will agree with me that that is a merry little rhythm. It is sunny, pleasant and cheerful, with, perhaps a touch of the nursery about it.

Now consider the Sanctus of the mass with its text drawn from the vision of Isaiah (6.1) and St Matthew's Gospel (21.9). Even if one were to completely ignore the scriptural contexts from which the text is drawn one would surely have some awareness of the focus upon the awesome otherness, the holiness, of God. Hardly a merry little theme! So where did I get the little jingle above?

It is my rendering of the Sanctus of the "Gathering Mass" by Paul Inwood. It stuck with me after mass last Sunday. One can only ask what was he thinking of? The vision of Isaiah? The entry into Jerusalem? Or was it that classic of children's television- "Trumpton"?

Posted by Patricius at 00:14 No comments:

Why not try it?
Posted by Patricius at 20:34 No comments:

Has anyone any idea what this poem means?
Posted by Patricius at 09:50 3 comments:

Enemies of the Church within the media who had been worried about child abuse stories from within the Church drying up thanks to measures introduced in recent years need worry no longer! The appointment of a new deputy director of the Catholic Abuse Service, with an appropriate CV promises a constant flow of salacious material for the forseeable future.

Really! You couldn't make it up. At lunchtime I heard part of the radio news covering the bishops' apology to victims of clergy abuse including an interview with Archbishop Nichols. I remarked to my companion in the car, that I thought that what the media saw as a culture of abuse and cover up was largely due to episcopal incompetence. Some good men, yes- but how many could organise a booze up in a brewery? Clearly the prophetic spirit was on me because my words were confirmed that very day by the appointment of a renegade "Catholic" former MP as Deputy Director of the Catholic Education Service. Laurence of the Bones has a good post on these matters while Aelianus of Laodocia provides a powerful overview.

I wonder. Could someone organise a petition to draw to the bishops' attention how monstrous this appointment is? Surely even a non-Catholic who, simply for the purposes of the job, accepted the teaching of the magisterium would be a better candidate than a Renegade.

Posted by Patricius at 00:12 No comments:

I shall not easily forget the election of Pope Benedict coming, as it did, at a particularly intense period of my life.

"Is there any news from Rome yet?" I had asked the Parish Priest, as I saw him out from his visit to anoint my father following the second of the falls which seemed to warn of his coming departure from this world. "Not yet," was the reply. Later, with the patient settled, I went downstairs, switched the television on and saw the pictures from Rome with the sound of the bells ringing. I caught the announcement. It was good news indeed but at the outset it seemed hardly as dramatic as that of Pope John Paul II's election nearly twenty-seven years earlier. The cardinals appeared to have elected the Dean of the College of Cardinals- hardly earth-shattering? Within minutes, however, I found myself warming to him. He wasn't going to be John Paul III but Benedict XVI and his voice had an attractive musical timbre. Most striking, however, was the powerful effect he appeared to have upon some of my least favourite "Catholic" Commentators. They seemed to be positively squirming!

Concerned for my father, I stayed overnight and was therefore able to benfit from the extra television channels on his set. The next morning I found the mass from the Sistine Chapel being broadcast on a "Sky" channel. I switched on in the middle of the holy father's sermon. Gradually it dawned upon me. "IT'S IN LATIN!" I shouted. "We have a pope! We have a CATHOLIC Pope!" That was the moment I was hooked by the fisherman's latest successor.

Now, why should that so excite me?

I was not taught Latin at school. I am not a Traddy or a Triddy. I am just a Catholic- and not even much good at that- but when I was very young, when television was in black and white and Blessed John XXIII was pope my mother explained to me that the mass was in Latin so that it was the same for everyone throughout the world. It has always been a joy to me to be a member of the Church - the Communion of Saints- with its vertical and horizontal dimensions- stretching backwards in time to the Apostles and, in the present, stretching across the whole world encompassing and including people of every race and language. The Latin seems to me to be about that universality. It is about God NOT being an Englishman. It is about us being "strangers and pilgrims in this world" but also about our being "surrounded by so great a cloud of witnesses". It is about the Tradition: that which has been handed on.

Over the last five years I have heard and read much more from Pope Benedict. Much to my surprise I have found that I was being prepared beforehand - a subject I mean to return to. A little less than three months after that memorable day my father died- on the feast of St Benedict. He had been born during the pontificate of Benedict XV. ( R.I.P.)
Posted by Patricius at 23:42 2 comments:

Yesterday Sodom and Gomorrah:
Will it be our turn tomorrah?
Posted by Patricius at 23:55 No comments: 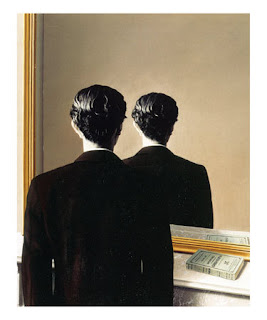 A "cradle catholic- long alienated" and a "Deist"? That is how Libby Purvis describes herself in an absurd article in today's edition of "The Times". It is precisely how someone who discovered the allure of contraceptive fornication in the 1960's might justify themselves. The point about Deism is that it posits a God who is totally transcendent but couldn't give a monkey's about his creation- including humanity. While one "fool says in his heart there is no God" another, like the Deist, says "he hides his face, he does not see". In other words, they would rather he did not see.

I am frequently struck by the words of the Good Friday Prayer for those who do not believe in God. We pray that "in spite of the hurtful things that stand in their way" they may recognise the tokens of God's love and mercy in the lives of Christians. I think that there are two kinds of "hurtful thing" here. The one is when we Christians give scandal. The other kind is the pain of a conscience abused. The people who are so full of hatred for the holy father seem to be smarting under the lash of their own perversions. Here one might also consider the way that the publication of the visible evil of abortion is, almost uniquely, resisted in the media.

Time and again we see the old newsreels of the Nazi death camps upon our television screens and are not squeamish about seeing what was done there. Almost every other kind of medical operation has been shown on television at some time and even people with "embarassing bodies"now queue up to exhibit them on Channel 4. We can face anything but ourselves.
Posted by Patricius at 22:49 No comments:

In "The God Delusion", there is an interesting passage concerning the sex abuse scandals:

"Priestly abuse of children is nowadays taken to mean sexual abuse, and I feel obliged, at the outset, to get the whole matter of sexual abuse into proportion and out of the way. Others have noted that we live in a time of hysteria about pedophilia, a mob psychology that calls to mind the Salem witch-hunts of 1692… All three of the boarding schools I attended employed teachers whose affections for small boys overstepped the bounds of propriety. That was indeed reprehensible. Nevertheless, if, fifty years on, they had been hounded by vigilantes or lawyers as no better than child murderers, I should have felt obliged to come to their defense, even as the victim of one of them (an embarrassing but otherwise harmless experience).

"The Roman Catholic Church has borne a heavy share of such retrospective opprobrium. For all sorts of reasons I dislike the Roman Catholic Church. But I dislike unfairness even more, and I can’t help wondering whether this one institution has been unfairly demonized over the issue, especially in Ireland and America… We should be aware of the remarkable power of the mind to concoct false memories, especially when abetted by unscrupulous therapists and mercenary lawyers. The psychologist Elizabeth Loftus has shown great courage, in the face of spiteful vested interests, in demonstrating how easy it is for people to concoct memories that are entirely false but which seem, to the victim, every bit as real as true memories. This is so counter-intuitive that juries are easily swayed by sincere but false testimony from witnesses.

I gather the Deluded has recently changed his view- nevertheless - as one who, unlike Dawkins, never "benefitted" from a private education, I have had my prejudices about the elite and their filthy habits fully confirmed here.

Posted by Patricius at 22:36 No comments:

The Day that the Lord has made!

I am getting rather tired of the increasingly silly attempts to link the holy father to sex abuse cover-ups/protecting abusive priests and which show scant regard for the facts. I am also annoyed at those fake Catholics who are attempting to exploit the whole issue in pursuit of their own grubby little agendae - such as trying to quash the new translation of the mass.
Posted by Patricius at 23:55 No comments:

The Cleansing of the Temple 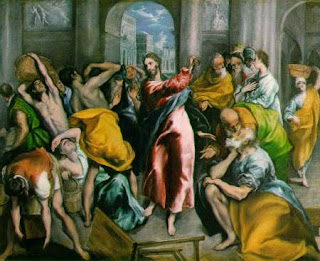 Posted by Patricius at 23:32 No comments:

Can you tell the difference?? from Corpus Christi Watershed on Vimeo.

Thanks to the Recovering Choir Director

Posted by Patricius at 08:59 No comments:

Posted by Patricius at 23:48 No comments:


Surrexit Dominus Vere Alleluia!
A Happy Easter to all my readers!
Posted by Patricius at 00:34 No comments: 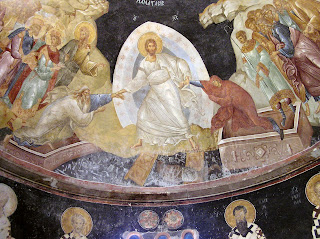 Posted by Patricius at 17:51 No comments:

Posted by Patricius at 00:00 No comments: