Testing
Posted by Patricius at 00:46 2 comments:

"Sign of peace" trumps "dodgy handshake"!
Posted by Patricius at 09:42 No comments:

Change Europe for the better...

Posted by Patricius at 18:54 No comments:

A Meeting with the Holy Shroud 1 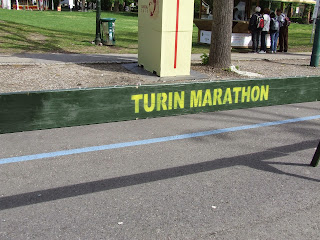 On Wednesday of last week, 29th April, I had the great privilege of standing before the Holy Shroud exposed in the Cathedral of St John the Baptist in Turin. My immediate impression was of the sheer physicality- the enormous presence- of the object presented, as it was, within its large frame. Having pored over photographs- both positives and negatives- over many years, and accustomed to coping with- or attempting to see past the" visual noise" or interference resulting from the process of mechanical reproduction it was a moment of real insight when I was able to view, unmediated, the Shroud itself. No longer interpreting, I was seeing for myself. The visit itself being a gift (for my earlier birthday), I had come to the experience as one unseeking. True, the Holy Shroud had, indeed has, been a subject of abiding interest for the greater part of my life- at least since I acquired the CTS booklet by the Rev. Langton Fox in 1968. Ten years later, in 1978, I bought and devoured the Penguin edition of Ian Wilson's masterly tome and, following that, many less worthy publications. (The Shroud numbers a fair quantity of nutters among its devotees). Most written accounts stress that it was only with the first photographs that the image on the Shroud began to give up its secrets and, on that account, I saw no reason to seek out an actual view of the cloth. Shortly after 11a.m. on the appointed day I realised that there was indeed no substitute for a real sight of it. Whether authentic or not, it is in my, view, a most holy icon of Our Lord's Passion.  I found myself profoundly moved and I hope, in due course, to share some of the insights granted to me. For the present the above image is given as a gentle warning to any other would-be pilgrims to Turin: photographs are not allowed and expect a lengthy journey into the exposition. There is nothing quite like seeing for oneself.

A very interesting piece- Some thoughts

I have not fully absorbed everything at the following link but it rings a lot of bells for me.

It has seemed to me for some time that, immensely important as is the grave matter to be discussed at the forthcoming synod, the synod itself, is of yet weightier moment than even the subjects for discussion. A comparison I have in mind is with the unfolding of "the King's Great Matter" as Henry VIII sought an annulment of his marriage in the late 1520s when, as it transpired, much more was at stake than one dynastic marriage. In spite of a subsequent effort of restoration the real outcome, then, was the death of Catholic England.  What seems to be at stake now is...even more.
One of the words trotted out by those pushing the "Kasper line" is "development". This is not, to my mind, the "Development" of Blessed John Henry Newman. Newman's concept has a kind of organic character. It is about the unfolding or opening out of what is pre-existing. It does not involve violence to the original deposit. Dissidents' use of "development" involves an essentially Hegelian model- the clashing opposition, or  struggle, of thesis and antithesis in order from their annihilation to bring forth a synthesis(- thanks to which we have such delights as Marxism, "Mein Kampf" and "the Survival of the Fittest" ).

The notion behind this, of course, is that we are in a state of ignorance and that we are to advance by a process of refining guesswork. Were we studying the material nature of the Universe this approach might have something to recommend it. The Church, however, is not in ignorance since it has the truth revealed by Christ- the incarnate Word of God.

I reckon that the dissidents need to wake up to the Incarnation. And the rest of us have some real praying to do.

In support of our priests, our families and our Church


Today, this blog and others are taking part in a somewhat unprecedented event. This post is going to appear on a good number of lay blogs in the UK, in an attempt to demonstrate the depth of support among the laity, for authentic Catholic teaching as expressed in the Magisterial teachings of the Catholic Church.

You may have seen the recent letter from more than 450 priests in support of the Church’s teaching on marriage.

We would like to invite you to sign the letter below, to be sent to the press in support of them, and to encourage others to sign it.

To sign, please leave your name and your diocese in the comments box below, or if you prefer email them to me or to one of the coordinators:
Mark Lambert (mark@landbtechnical.com) or Andrew Plasom-Scott (andrewplasom_scott@me.com)

We hope to demonstrate a groundswell of support for the priests who have stood firmly by us and Christ, a love of the Church, and a desire for sound doctrine and catechesis.

We, the undersigned, wish to endorse and support the letter signed by over 450 priests in the recent edition of the Catholic Herald.

As laity, we all know from our own family experiences, or those of our friends and neighbours, the harrowing trauma of divorce and separation, and we sympathise with all those in such situations.

It is precisely for that reason that we believe that the Church must continue to proclaim the truth about marriage, given us by Christ in the Gospels, with clarity and charity in a world that struggles to understand it.

We pray, and expect, that our hierarchy will represent us, and the Church’s unwavering teaching, at the Synod this autumn.

"Declaration of the Director of the Holy See Press Office on behalf of the General Secretariat of the Synod
The General Secretariat of the Synod, in response to reactions and discussions following the publication of the Relatio post disceptationem, and the fact that often a value has been attributed to the document that does not correspond to its nature, reiterates that it is a working document, which summarises the interventions and debate of the first week, and is now being offered for discussion by the members of the Synod gathered in the Small Groups, in accordance with the Regulations of the Synod.
The work of the Small Groups will be presented to the Assembly in the General Congregation next Thursday morning."

Quote of the Day 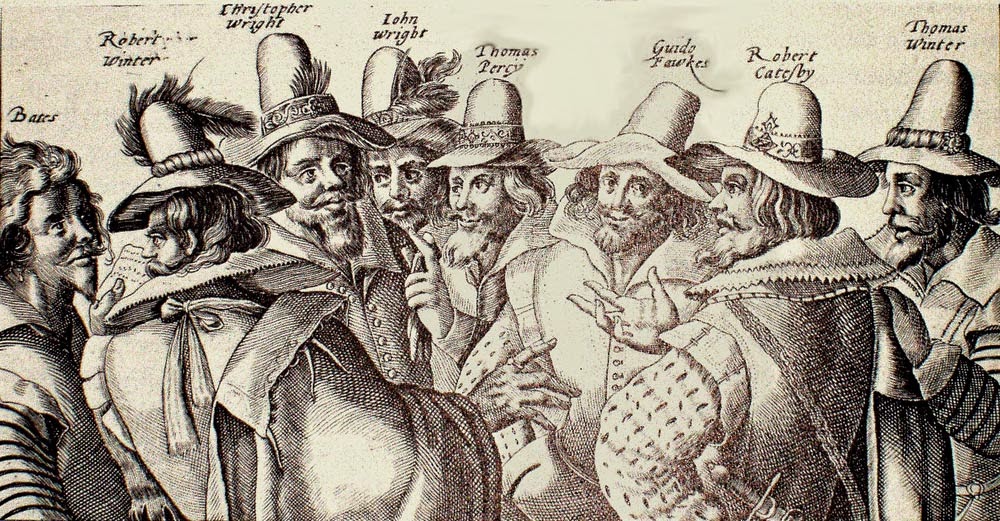 "I wanted to blow you back to your Scottish mountains"-

Guy Fawkes to King James I

Posted by Patricius at 09:41 No comments:

In Solidarity with the Christians of Iraq 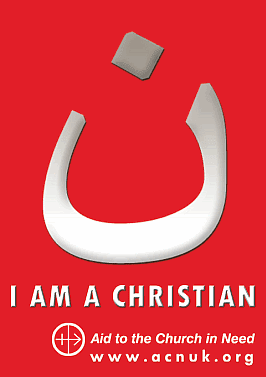